Up-and-coming band brb. has just released their second EP "fleur", and is rapidly establishing a presence in the Singapore R&B scene. DIGLE conducted an email interview with them, and we asked the three members about their musical roots and their relationship with Japanese culture.

Based in Singapore, the R&B trio brb. consists of Clarence Liew, Auzaie Zie, and Marc Lian.  In November 2019, they collaborated with AmPm on “Sorry That I Love You feat. brb. & Chocoholic” and performed in Japan at the AmPm Thinking “AUTUMN” event held at PITCH CLUB in Yokohama, and have since been building a steady relationship with the Japanese scene.

DIGLE conducted an email interview with them, and we asked the three members about their musical roots and their relationship with Japanese culture.

ーPlease introduce yourself and tell us how the three of you met.

My name is Clarence but I go by Clo, I am the main vocalist and writer for brb.

I’m Marc, I play the guitar, sing and I produce all our tracks with Zie.

I’m Zie, I play the keys, sing and produce alongside Marc. And I create our digital assets.

We have known each other for a long time now. Singapore is a small place and we have bumped into each other over the years at events and concerts. But brb. is the first time we ever worked together.

ーWho are the artists that originally inspired you/shape your musical roots and current style?How did you start listening to them? What was it about them that got you hooked?

My musical journey started pretty late. I remember discovering Jason Mraz when I was about 15. I was so amazed with his word play in songwriting, that I taught myself how to play the guitar. I didn’t sing back then, so I was pretty much a sessionist for my friends. 2 years later I started singing and discovered old school R&B artists like Stevie Wonder and James Brown. What drew me to their music was their groove and soul. That’s when I started exploring acoustic R&B, and developed a tone of my own.

As a teen, I was heavily inspired by P!ATD, Chris Brown & Ella Riot. But I’d like to believe my roots bring me back to songs from the Lion King (I had the OST CD on loop as a kid and would sing my heart out when my parents were at work) and Backstreet Boys’ ‘Millennium’ album that was a gift my folks got me for my seventh birthday. That album’s my religion (laughs).

Kinda weird for me because I grew up listening to 90s / early 2000 boy band centric pop, but also on the other end, a heavy dose of punk rock and nu-metal. I guess I like the earworm quality of pop hooks and the aggressive emotive qualities in heavier music. That’s not the whole story either, as I love everything else in between that spectrum.

I started in my teens, but before producing I was really into the guitar. I remember writing and recording my own shitty songs but I wasn’t satisfied with just a voice and a guitar, so I learned to add the drums, keys and everything else. The process is really fun and rewarding for me so I just kept it going.

It all began when I was 16, back in school. Bands like Panic! at The Disco were my number one inspiration and I’ve always wanted to be like them. So I downloaded a software called ‘mixcraft’ to start making my own songs with my band at that time.

ーFrom your past works to your latest works, the artwork has a consistent collage aesthetic. Are there any artists or cultures that have influenced you in terms of artwork or fashion?

We are definitely greatly influenced by asian art and design. Especially from Japanese and Korean artists. We do all the design work ourselves and we are constantly looking and learning, but we are still far from good. However, we will keep working at it in order to get better.

ーWhen we looked at your official Instagram account, we found that among the limited number of 85 people you follow, there were artists such as Beabadoobe and No Rome, which seems a little surprising considering the difference in genre of music. It seems that you follow many other Asian artists, what kind of feeling of connection do you have for them? I would also like to know if there are any other artists that you feel a similar connectedness or closeness to.

We only recently started following other accounts on our Instagram page, so we are slowly building that up. The 3 of us have really different tastes, so that could be why the people we follow are so different. But it’s also because of this that we are able to work so well together.

Yes, we love to see what other artists in Asia are doing. There is so much talent in this region, and we would love to be a part of that. We are exploring multiple collaborations right now and it’s been amazing. We love how different languages can create different types of melodies, and it really affects the feel of a song. We are very excited for what’s to come.

ーIn 2021, you plan to release more songs featuring artists from other Asian countries.  Specifically, what scenes are you currently focusing on in Asia?

Japan is definitely one of these places.  e can’t share much, but we have 2 collaborations in the works right now and we hope to do more. We are also looking at Thailand, Korea and Taiwan. There is some great music coming out of these places now.

ーSince the COVID pandemic and the racial discrimination issues in the U.S., I feel that artists are being encouraged to express their racial identity in some way more than ever before. Under such circumstances, what was the thinking behind your decision to release works featuring artists from Asian countries this year?

Yes, it was heartbreaking to see. Being in Singapore, we did not have to grow up trying to be more like a certain race. Racism here is less overt and more insidious, but it’s something we all have to work on together.

K-Pop has shown the world that asian artists are a force to be reckoned with. People from all over the world listen to korean music without knowing what it means. We want to see that happen with Chinese Music, Thai Music and Japanese music. The talent and quality is there, but it needs to be done more!

ーHow did you come to collaborate with AmPm and Chocoholic in 2019 (*AmPm has already answered this question in this interview, but I’d like to ask again for the sake of flow.)

We were introduced to them by our former record label. They were in Singapore doing writing sessions, and we were privileged enough to be in a room with them. It took a couple of months of back and forth, but we did it! It was our first ever collaboration, and we’re so happy to have done it with them.

ーPlease tell us about any Japanese music artists that you have been listening to for a long time, or any artists that you feel a connection to in the current scene. Also, what is your impression of Japanese culture in general, including music, compared to Singapore?

It’s going to sound so typical. But our first forays into Japanese music was through the anime we watched as kids and teens. Who has not listened to Aqua Timez? haha

We are listening to so many great Japanese artists now. We really resonate with artists such as SIRUP, Kan Sano, iri and I Don’t Like Mondays. But there are a whole bunch of other unique artists who we like, such as Haruno, No Buses, Wez Atlas and Shin Sakiura.

I don’t think we have experienced enough of Japan to comment much on this. But from just visiting, we feel that Japan has more in terms of culture than Singapore. In Singapore, you really have to be connected and in the know to find interesting things to do. And this was pre-covid. It’s tougher now. But we hope that things will improve soon.

About your newest EP “fleur”

ーAs the beginning of the first song “juice” symbolizes, “fleur” focuses more on guitars than your debut album, and it seems to have a more modern sound, combining the organic sound of live music with the inorganic texture of MIDI synths. Has there been any change in your mindset, musical ideas, or production methods compared to the previous album?

Yea for sure, lots of changes from our previous record. The way that we create has evolved and our tastes have also changed, whether it’s practical things like getting used to working remotely through the pandemic or our general approach to writing, I think we all just get better at the craft and find new ways to be inspired. That juxtaposition of live and synthetic elements was a very deliberate thing for us making this record. Sonically, ‘fleur’ is meant to show this transition of who we are as artists while hinting at where we’re going in the future.

ーIn the lead song “saint”, there was a change in that all the members took charge of the vocals.  It feels like a big change to have more vocalists in your music, where the vocals always takes center stage.  Why did you decide to have all the members on vocals?

We’ve always contributed vocally as a collective at our live shows, whether it’s doing vocal harmonies or ad libs so it’s not all that foreign to us. It feels like a natural extension of what we’ve been doing at the live shows but now in the studio. While experimenting with this we found that the added voices gave more textures and layers to the songs, it was another way that helped inspire us to make this record.

ーI looked at some of the playlists created and published by brb. on Spotify. The songs selected for “on rotation” and “your type” are diverse in genre, but when you listen to them in a flow, you feel a common “mood” or “soundscape”.   What are your criteria and thoughts when selecting these songs?

We have yet to update them recently, but we should do it soon. “on rotation” is usually updated before we drop a new track. The songs picked will help the user get the vibe of whatever song we’re releasing next.

“your type” is a playlist created by our listeners. We ask our fans for recommendations and we put everything in. It’s nice to hear what others are listening to and we always find some amazing gems that way.

We also do playlist takeovers with other artists. They would put their selections on our playlist, and we will create country playlists for them to feature acts from their home countries. It’s been really fun so far.

ーWhat music have you been listening to lately that you are particularly into?

We have been listening to a lot of rock and alt-rock recently. We have a feeling that it’s coming back again. and we are living for it. It’s the music we grew up listening to. Artists like Curtis Waters, YUNGBLUD and jxdn are bringing it back.

ーWhat are your future goals and plans for the near future?

We hope to put out even more music, and work with more people from all around the world. And as the world heals, we would like to go back on the road and tour as much as we can. 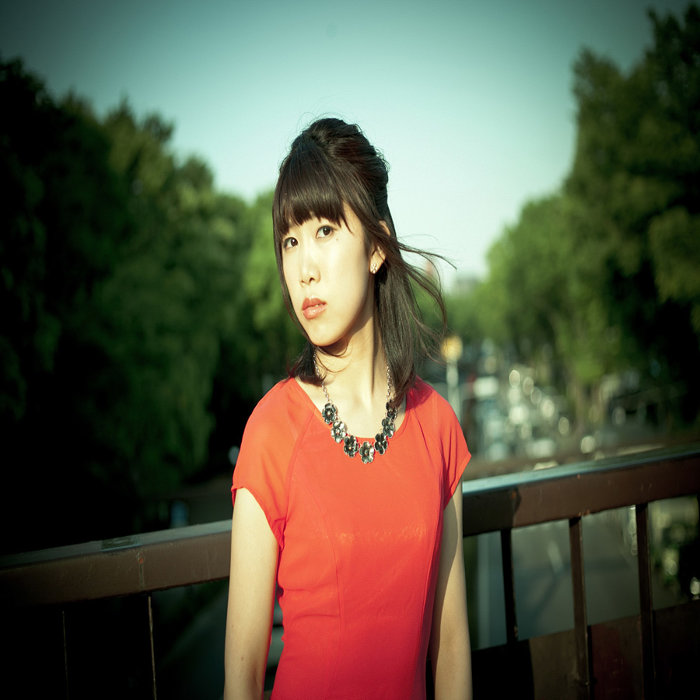