BAND-MAID, a group of 5 maids who play hard rock. Their choices of “The song I’m into lately”

BAND-MAID, a group of 5 maids who play hard rock.Every week, they choose their favorite songs for 4 weeks.First round: selection based on the theme “the song I’m into lately”

The song I’m into lately:Hibiwareta Sekai (Cracked World) by majiko

I listen to this song when I want to turn off my feelings and not think about anything, because majiko’s voice feels so good in my ears and it’s so easy to take in.
Save Track

The song I’m into lately:Welcome to the Family by Avenged Sevenfold

The backing guitar’s crunchiness feels so good and I listen to it often these days! I’m addicted to those dark sounds.
Save Track

The song I’m into lately:I Love LA by Starcrawler

I found Starcrawler by chance in a CD store. I started listening to their CD on the spot because its jacket attracted me and their music grabbed my heart. I also saw that Ryan Adams was credited as the producer and it all made sense. I was surprised at first that they were so young, but I get a lot of stimulus from their use of aggressive words in their music.
Save Track

The song I’m into lately:Nada by Ruido Rosa

My friend told me about this band, it’s an all-girl band from Mexico. As I listen to their songs, I just think they’re so cool. Nada is one of those songs. I often listen to it while we are on the road. All the girls are beautiful and their voices are cute too, but their songs are pretty bitter/cool.. It’s so unfair. Someday, I wanna do a joint gig overseas with them! At least personally I feel that way. lol
Save Track

The song I’m into lately:Kimi To Indo Kare (Indian Curry With You) by Koresawa

I love Koresawa and I’ve always listened to her music, but I particularly listen to Kimi To Indo Kare on repeat as its catchy melody and lyrics get stuck in my ears. The lyrics written by Koresawa are always straightforward, catchy, and story-telling. This song’s tempo is great and it’s so fun to listen to. It’s interesting and touching and I never get tired of it!
Save Track

BAND-MAID was formed in July 2013 and the current members came together in August of the same year. BAND-MAID’s image is rooted in the maid cafe culture in Japan and they perform dressed as maid hostesses. They refer to their concerts as “servings”, male fans as “masters” and female fans as “princesses”, all based on the maid cafe culture. In contrast with their submissive image, BAND-MAID has attracted many listeners with their hard rock sounds. They continue to increase the number of enthusiastic “masters” and “princesses” not only in Japan but also overseas. 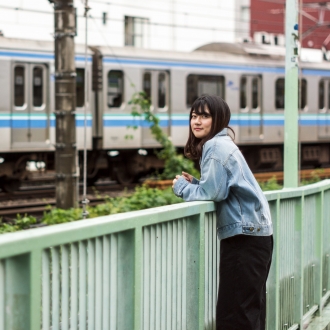